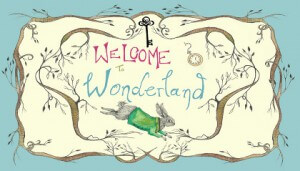 Lobster Quadrille was written for the Wonderland project, which is raising funds for the Lenny Trusler Children’s Foundation. 2015 marked the 150th anniversary of the publication of Lewis Carroll’s Alice’s Adventures in Wonderland. The book contains 12 chapters and a prefatory poem, and 13 composers were asked to write short pieces, each inspired by a different section.

The project has been toured as a live event throughout 2015 and beyond, with performances in several countries. A disc has also been released – available to buy from Orchid Classics.