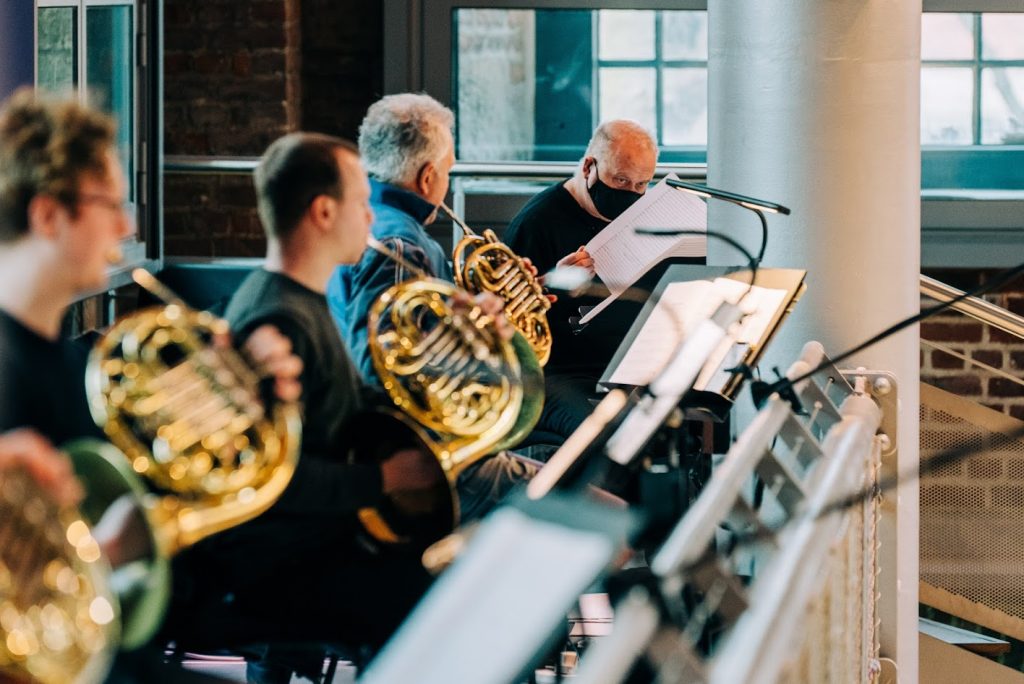 On March 8 a reduced London Symphony Orchestra played for the 2019 Panufnik composers whose workshop had to be cancelled at short notice a year ago. They’ve been in limbo ever since, and it was a remarkable achievement that the LSO could come together for them at St Lukes to play through seven pieces. Almost the full orchestra was able to take part, except that the number of strings had to be reduced by more or less half in order for them to be distanced, and to play at single seats instead of the usual pairing as desks. Our regular conductor François-Xavier Roth was unable to travel from France, and we were very lucky that Jack Sheen – who had himself been a Panufnik composer in 2014 – was able to take over at short notice. Apart from wind and brass, everyone was masked throughout, and the brass – as well as the composers – were all seated in the balcony. The composers were able to come down individually as their pieces were played. Christian Mason and I were miked up and seated in the balcony – Christian next to the trumpets, while I was with the horns – an interesting perspective for both of us! The composers who took part were Joe Bates, Caroline Bordignon, Alex Chan, Ninfea Crutwell-Reade, Louise Drewett and Jonathan Woolgar, along with George Stevenson, whose piece, commissioned from the 2018 year, will be played in the main season – which still seems like a distant dream.

With many thanks to Matt Jolly and the LSO for the photos. 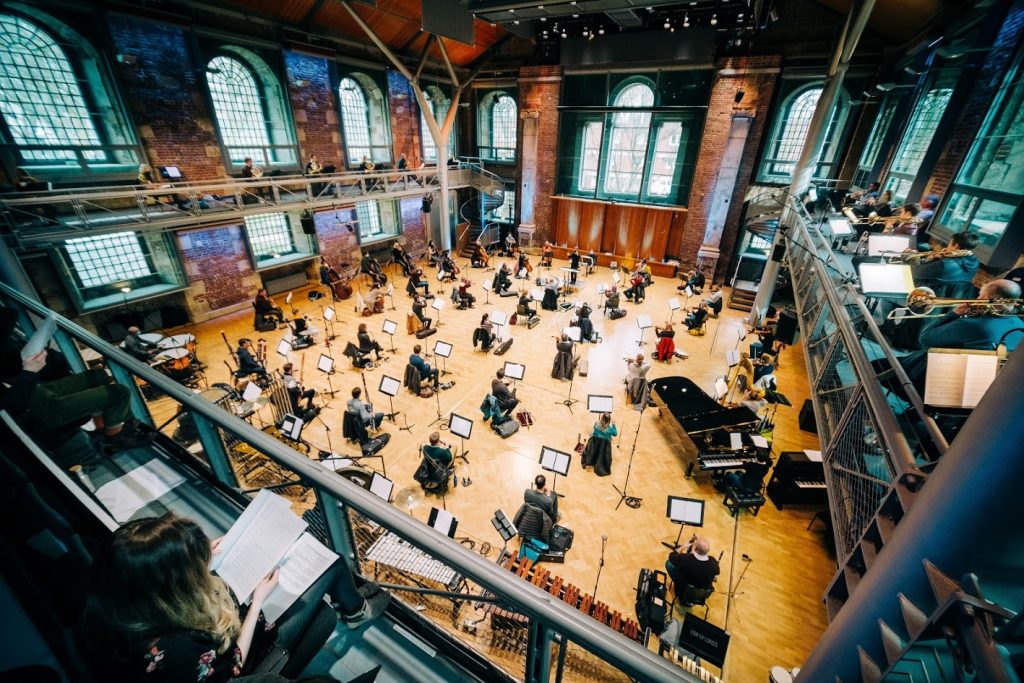