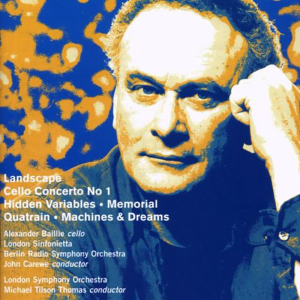 This 2-disc Ancora reissue brings together Alexander Baillie’s impassioned recording of Matthews’ Cello Concerto No.1, the expansive Landscape, and four works commissioned by the LSO – including the riotous Machines and Dreams, an updated ‘toy symphony’ which includes bird calls, football rattles and video-game sound effects.

Reviews of Sonata No.5 ‘Landscape’ etc.

“This set offers a rounded portrait of a restlessly questing composer … big architectonic pieces in performances of impressive might under Carewe.”