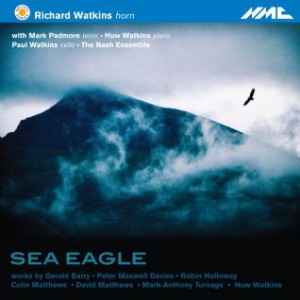 Horn player Richard Watkins performs works by a range of British contemporary composers, including Three of a Kind by Colin Matthews. Watkins is one of the most sought-after horn players of his generation. He was Principal Horn of the Philharmonia Orchestra for twelve years, and is currently a member of the Nash Ensemble and a founder member of London Winds.

NMC’s enterprising and thoroughly absorbing sequence shows [Richard Watkins] to be a imperious exponent of his craft and a wonderfully instinctive musician to boot … a most valuable collection in every respect.