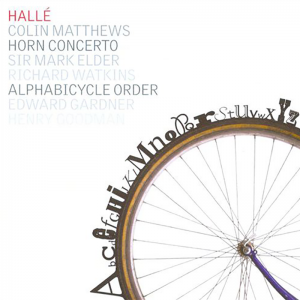 Buy from The Hallé

“I’m not surprised that Colin Matthews says that he hugely enjoyed writing Alphabicycle Order, a setting of 26 nonsense poems by Christopher Reid. The young choristers are plainly having a ball, whilst Henry Goodman’s narration strikes the right note between mock-seriousness and an acknowledgment of the ridiculous. And the music is accessible in the best sense of that much over-and mis-used word: varied, concise, often intensely rhythmic, and very much in touch with the sentiments of the poems. The Horn Concerto is a much more serious affair, with the soloist’s lyrical lines competing with an offstage horn quartet… …Richard Watkins, who gave the first performance, makes the most of the character of the protagonist…”

Colin Matthews has been the Hallé’s associate composer since 2001, and their relationship has been an immensely fruitful one. The orchestra has already performed and recorded Matthews’ luminous orchestrations of Debussy’s Preludes, and adds here two more of his recent works. They could hardly be more different. The 2004 Horn Concerto, which was commissioned by the Philharmonia in 2001 and written for the soloist here (Richard Watkins), is a gravely beautiful work, in which the peripatetic solo horn is echoed by a quartet of its orchestral colleagues offstage, with the rest of the orchestra providing a haunted, nocturnal backdrop that is interrupted by a scurrying scherzo. Alphabicycle Order is a musical and verbal tour de force, with a children’s choir accompanying a narrator who reads Christopher Reid’s nonsense poems, which are stuffed with puns from Alphabike to Zagzig. It’s a brilliantly successful entertainment. 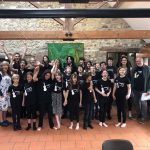 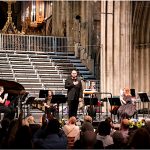