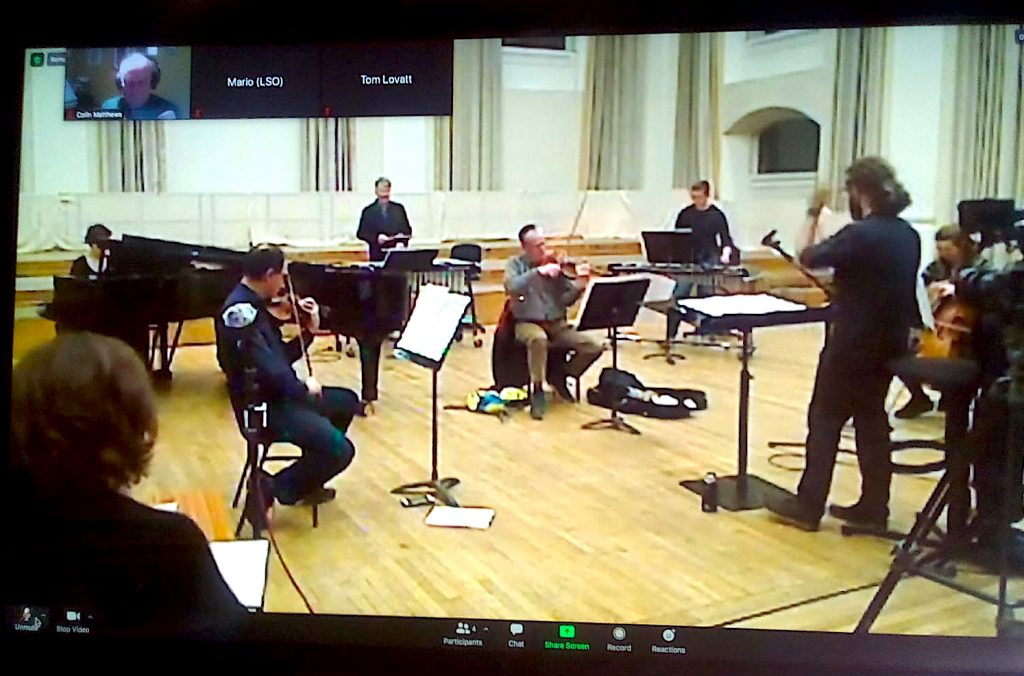 The group of composers who joined the LSO’s Panufnik Scheme last February (see my post of March 6) have had a pretty miserable year, but we finally managed to get some sessions off the ground last month.

We didn’t manage to have a second meeting before the lockdown kicked in, and their workshops were all cancelled – including what should have been their concluding orchestral session in March of this year, when it’s still hoped that the cancelled session for the previous year’s Panufnik composers may be able to take place.

Christian Mason and I have been keeping up regular online contact with the group, but it’s no substitute for the real thing, and I’ve spent a lot of the year trying to secure funding so that they could write pieces for small ensemble for recording by LSO players. It was inevitably a difficult thing to set up, but eventually we managed to fix three days of sessions in Henry Wood Hall in December. This was a project as much for the players – who as freelance musicians have lost a huge part of their income – as for the composers, and it was heart-warming to watch the commitment and dedication that they gave, never wanting to offer anything but their best. I did what I could to produce the sessions over Zoom, but it couldn’t have happened without David Lefeber (our regular NMC engineer and producer) who both filmed and recorded, and the help of Darren Bloom, who at short notice was an outstanding conductor for three of the pieces.

The final results won’t be known until everything is edited, but for now we have have six happy composers!