I’m working on A Land of Rain, a Sound Investment commission for the Birmingham Contemporary Music Group, which will be performed in June of next year. It’s being written for the soprano Claire Booth and will be conducted by Ryan Wigglesworth.

I came across the poet Nicholas Moore a few years ago (and immediately wondered if my teacher Nicholas Maw had ever heard of him…). He was recognised as a major figure in the 1940s and 50s (I’ve found a copy of a first edition of a collection illustrated by Lucien Freud), but he fell out with his colleagues and gradually disappeared from the scene, becoming a gardener specialising in irises. In 1968 the Sunday Times ran a competition for translations of Baudelaire, curated by George Steiner; Moore sent in 31 translations of one of the ‘Spleen’ poems, mostly under farcical pseudonyms. His starting point was one of antagonism to translation, or rather that translation had become fashionable at the expense of original work. And since no translation can be entirely successful, making many attempts goes some way towards solving the problem of what he called ‘the impossibility of translation’. 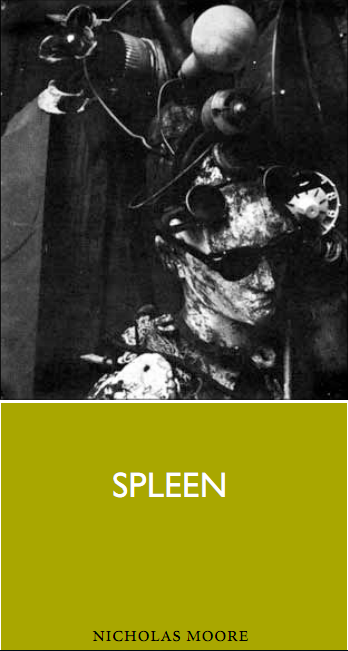 Most of his versions of the poem are satirical, ranging from the highly serious to the knockabout. I’m hoping to set at least 10 of them, and they will have a similarly wide stylistic range, with perhaps an element of cabaret. The poem is strange and exotic, lending itself to many layers of interpretation. Earlier this year I set the original poem (written in the mid 1850s) in something not far from the language of Duparc. I don’t know if I will use this setting in the piece, in whole or in part, but it was an essential starting point for me. At the time of writing I’ve drafted music for four of Moore’s translations.