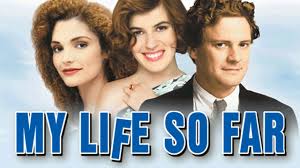 Harvey Weinstein is of course all over the news, but I’m glad to say that I had no dealings with either Harvey or Bob Weinstein when I wrote the score for the Miramax film My Life So Far in 1998. It still turned out to be a pretty unpleasant experience. Everything started positively – the music for the film, based on the memoirs of Denis Forman as a 10 year old boy in 1927, was to focus on his father’s love of Beethoven, and its director, Hugh Hudson (of Chariots of Fire fame) and producer David Puttnam, had asked both Simon Rattle and Nicholas Kraemer to be involved. Nicholas had suggested Beethoven’s little known Op. 114 Elegischer Gesang as the basis of the music, and it was he who recommended me to Hugh Hudson. In compiling the score I used the Elegischer Gesang both in its original form and transformed in various ways, including a waltz which moved far from its source, and a solo piano piece representing the central character, the boy Fraser. More Beethoven was added to the mix – the ‘Storm’ from the Pastoral Symphony with added chorus, the slow movement of Op. 135 arranged for string orchestra, and parts of the Grosse Fuge. There was even some original music!

As is usually the case with films, there was hardly any time to put the score together, but Hugh Hudson seemed very pleased with what I had done, and it was scheduled for recording at Abbey Road, with the CBSO and Simon Rattle, Imogen Cooper, and the London Sinfonietta Voices, in February 1998. This was a match for the fairly starry cast of Colin Firth, Irène Jacob, Mary Elizabeth Mastrantonio and Malcolm McDowell, some of whom came along to the sessions. I had been delegated to produce the recording, and there was a great deal of time pressure to get it done, compounded by the appearance of a somewhat sinister Miramax representative half way through, which was to have significant consequences for the future of both the film and the score.

But at first all seemed to have gone well, and the post-production process of mixing film and music was a pleasure, especially my first experience of a sound stage at Shepperton. However it soon became clear that Miramax was not happy with the film, asking for several scenes to be rewritten and reshot : typical of the changes was that someone had found the word ‘subterranean’ to be too difficult for American audiences, while a touching scene of miners as black-faced minstrels was rejected out of hand. During this process the close contact that I’d had with the production team gradually dissipated, and it looked as if the music was likely to suffer the same fate as the script.

Yet no one had the courtesy to let me, or anyone else involved in the music, know that my score had been thrown out, and only by reading in a newspaper in June of that year that the music for the film was to be written by Howard Blake did I learn the truth. I haven’t seen the movie as released in 1999 – it was a box office flop and went fairly quickly to video – nor have I felt able to watch the version of the film as it was originally meant to be that I have on videotape. My only remaining contact with it is that it seems that my piano solo was retained, as most years I get a statement from Disney (owners of Miramax) for ‘Fraser’s Theme’ which tells me that I have earned nothing. And at least I never met the Weinsteins.