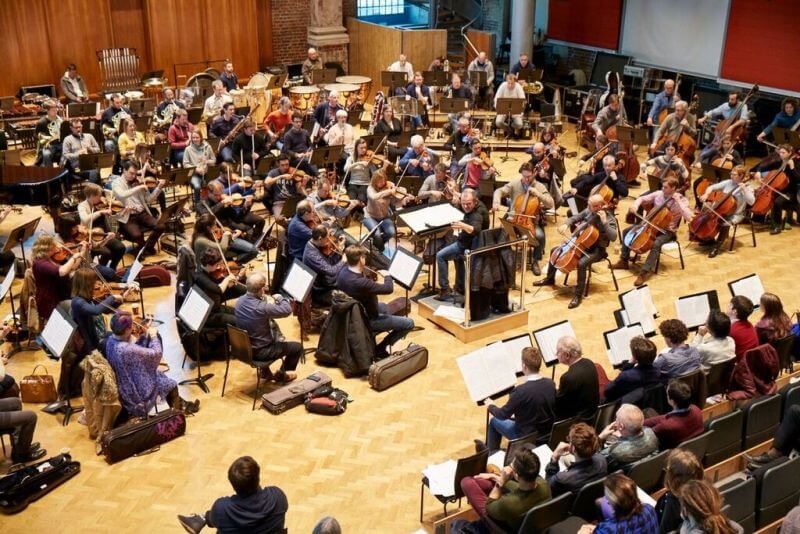 The LSO’s Panufnik Workshop took place on March 11 at St Luke’s – I’ve been waiting to get photographs of the session before posting anything. This marked the 10th anniversary of the Panufnik Composers Scheme (there was a pilot project in 2005, so this was actually the 12th such workshop) and it felt appropriately celebratory, with all 6 composers – Ewen Campbell, Daniel-Lewis Fardon, Patrick Giguère, Daniel Moreira, Deborah Pritchard  and Bethan Morgan-Williams – turning in remarkably accomplished pieces and the LSO (as always) on top form under the incomparable François-Xavier Roth. 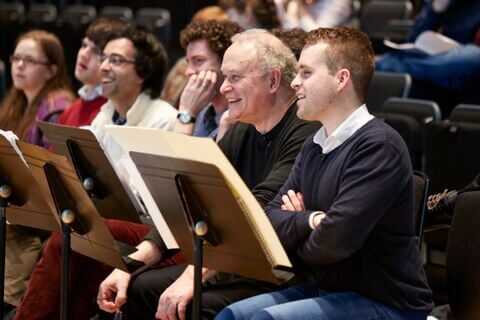 There were also run-throughs of the two commissions from last year’s intake, Jack Sheen and Michael Taplin, which will have performances in the LSO’s main season next year. The workshop was part of the LSO’s ‘Futures’ week, which included a conference on music and dance coordinated by Julian Anderson (I was on one of the panels), an ensemble concert at St Lukes with a new multi-media work by Darren Bloom, a product of the LSO’s parallel Soundhub programme, and a concert which included Berio’s Sinfonia and a commission from one of the composers from the 2013 Panufnik Scheme, Elizabeth Ogonek. Both of these concerts were also conducted by François-Xavier Roth.

And finally – a birthday cake from the LSO! More pictures of both the workshop and the cake can be found in the Gallery.

All photos by Kevin Leighton.