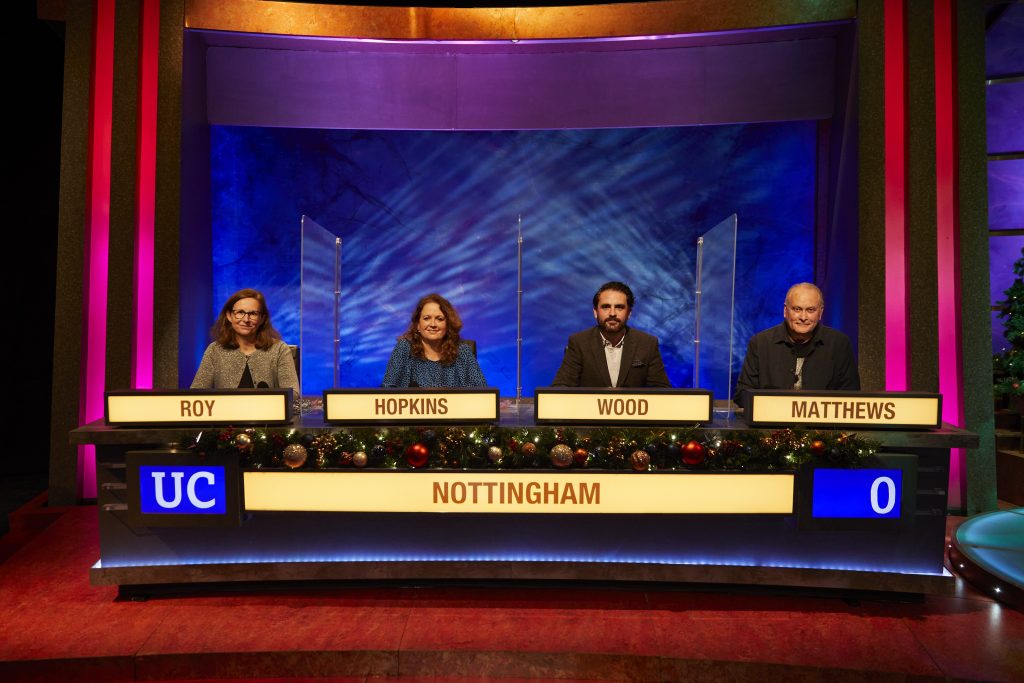 Not what I was expecting to find myself doing in this strangest of years! Since my last post here I’ve been working steadily away, but always finding it rather difficult to focus, apart from some stimulating sessions with Royal College and Guildhall students, Tanglewood composers (none of them, of course, at Tanglewood, where I’d expected to be in July) and working with my LSO Panufnik composers – of which more in the next post.

As with so many people, my life has been rather dominated by Zoom, so it was a surprise to receive an invitation to take part in live television – representing Nottingham University, along with three distinguished alumni, Prof. Helen Roy, President and Honorary Fellow of the Royal Entomological Society, Melanie Hopkins, Deputy Head of Mission to Brasilia (Designate) and Former High Commissioner to Fiji, and Levison Wood, explorer and film maker.

It meant travelling to Salford to the ITV studios (strangely University Challenge is made for BBC by ITV) where we were assured that every safety precaution was in place. Although I’d felt a bit apprehensive about taking part it was unexpectedly enjoyable – and I was surprised to find that the episodes are filmed in real time, with little or no subsequent editing. So no chance to have a second go at getting the right answers! If you have nothing better to do on Christmas Eve you can watch the Universities of Nottingham and Sheffield in competition – and of course I can’t tell you who won.