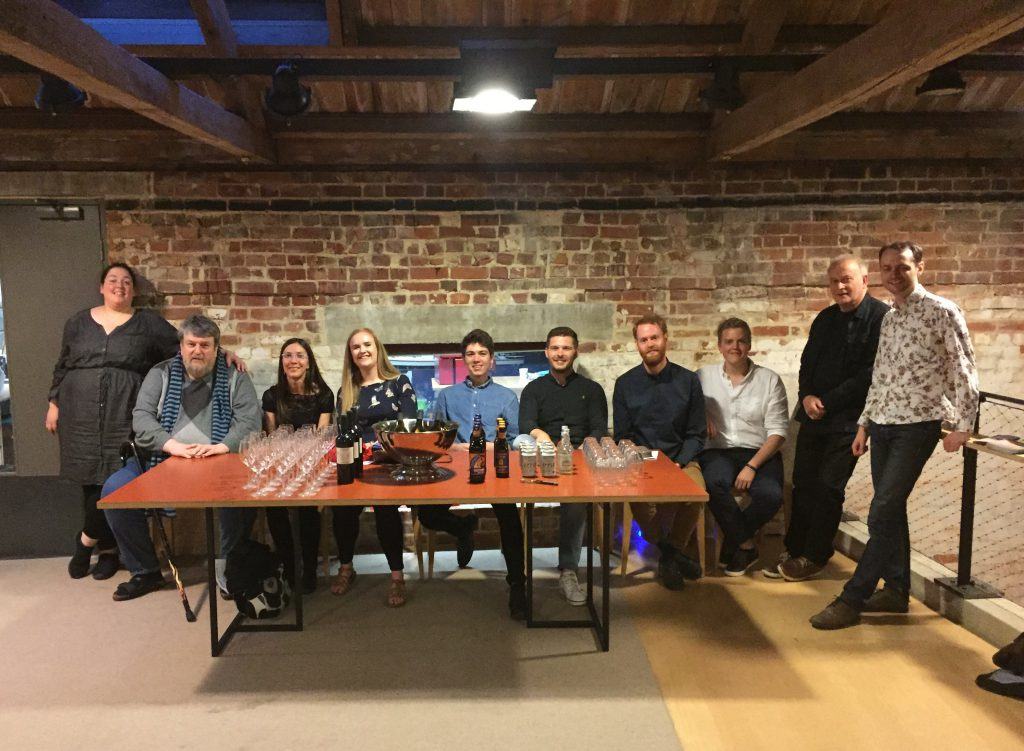 This year’s Aldeburgh Composition and Performance Course at Snape has just ended, 25 years since Olly Knussen and I set up the first one. Seven composers took part, and as happens each year, all of them wrote a piece over 10 days which was performed by the resident ensemble. The guest composition director was Michael Gandolfi – his fourth course – and the instrumental tutors were our usual line up of Zoë Martlew, Melinda Maxwell and Mike Thompson. The photo shows Sonya Knussen (who was helping with the administration), Olly Knussen, Lara Poe, Angela Slater, Joseph Howard, Ryan Latimer, Patrick Friel, Joel Järventausta, CM, and Patrick John Jones (Michael Gandolfi had to return to Tanglewood the day before). Don’t worry about the bottles – the photo was taken after the final concert, not before it!